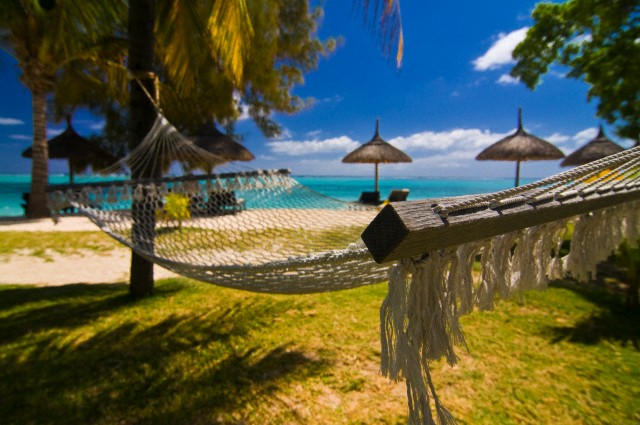 Mauritius will enchant you, will uplift your soul, making you feel that you belong to the chosen few. Every visitor enjoys personal attention. Every encounter is an opportunity to discover a friendly face. Behind each smile lies the promise of a unique holiday. The contrast of a multitude of colours and tastes, the island, set in its turquoise sea, is an oasis of peace and tranquillity. Mauritius, a melting pot where past and present are smoothly blended together, offers an essential beauty that will compel to return to its shores time and time again.

Location: A Mascarene Island in the Indian Ocean north-east of South Africa (20°S/57,5°E).

Climate: Though temperatures are moderate throughout the year with occasional rainfall, the most pleasant times to visit are between April and June and between September and December. December-April is hot and wet.

Cyclones: During the Southern hemisphere summer months – from October to April – tropical cyclones originate at the lower latitudes of the south-west Indian Ocean. There are, on average, around 10 per season in the region. Statistically, cyclones are more frequent in January and February. Very few occur at the beginning and end of the season. These storms sometimes affect the Mauritius area with cyclonic winds and abundant rain

Language: The official language is English but the most widely used are French and the local dialect, Creole.

Currency: The currency of Mauritius is the rupee. 1,00 ZAR = approximately 3,6 MUR

Major credit and charge cards: Credit cards are normally accepted by banks and most hotels, restaurants and tourist shops.

Banking hours: Monday to Thursday: 09h15-15h15 and Friday: 09h15-17h00. (Banks are also open to coincide with the arrival and departure of international flights at the Sir Seewoosagur Ramgoolam Airport).

Dress: Take your best beach and casual wear. Remember your sunscreen and sunglasses! In the winter months (June-September), carry some light woollen clothing for the cool evenings. Remember to show due respect when visiting religious places. Wear appropriate clothing (and remove leather shoes and belts) when entering the premises.

Entry requirements: SA passport-holders do not need visas. Please confirm your entry requirements and ensure that your passport is valid for 6 months after departure from Mauritius. Honeymooners should take their marriage certificate with them.